Coral Gables was founded on innovation, being one of the very first planned communities in the United States. Today, we’re known nationwide as a Smart City, leveraging information and communication technologies to benefit our residents, employees, businesses and visitors, as well as make our city more resilient and sustainable. Smart devices, systems and sensors already in place around Coral Gables form an interconnected network that gathers and analyzes data we can act on in real-time. Much of this data is freely open to the public via dashboards, an application store, citizen engagement tools and our community intelligence center on Coral Gables’ Smart City Hub on www.coralgables.com.

Coral Gables’ award-winning IT department works closely with our volunteer Innovation Council of leading local tech experts and with multiple partners in professional organizations and academia to ensure our City remains on the cutting edge of technology. Thanks to the Coral Gables Smart City Solution Competition launched this year in collaboration with the University of Miami, the public has the opportunity to bring innovative apps and other technology solutions to our attention. Improving sustainability
Over the last 5 years, the City of Coral Gables has become a leader in sustainability and resiliency in Florida and across the nation. The City’s journey in sustainability started with the development of the City’s Sustainability Management Plan in 2013. In this plan, the City identified 23 district projects with the goal of reducing energy and water consumption, fuel usage, and overall greenhouse gas emissions by 20% by 2025. Environmental sensors around Coral Gables measure air quality and noise pollution, while sensors in our waterways monitor salinity, PH-levels, presence of chemicals, depth of water and overall water quality. This data allows the City and outside experts to more easily detect and respond to critical issues such as red tide, extraordinary fluctuations and storms.

Bolstering resilience
Coral Gables has implemented powerful data centers to expand our capacity to support vital activities, such as provisioning services before, during and after a hurricane. To keep services functioning when natural disasters cripple the conventional power grid, our City is pursuing matching grants to install solar micro-grids.

Increasing transparency
Through our Smart Hub, anyone can view Coral Gables’ legislative, financial and public records. Citizens can easily assess City revenues, such as property taxes; expenditures, such as capital improvement programs; budgets and demographics; review public records and the legislative calendar; watch a legislative session live; and even see which lobbyists are registered with the City.

Streamlining operations
Coral Gables has been implementing several Enterprise Systems that enable our City to better manage citizen services, city assets, facilities, permitting, finance operations, procurement, human resources and payroll by streamlining our procedures and reducing data entry. Employees will get the data they need, whenever they need it, to better decisions and improve our City’s day-to-day operations. Reducing crime
To make faster and better-informed decisions, the Coral Gables Police Department now leverages such technologies such as closed-circuit TV cameras, mobile camera banks in critical areas, license plate readers, crime data analytics and true new Saferwatch App, which enables citizens to text police and upload photos and videos of incidents as they witness them. With the owner’s consent, our police will soon be able to upload and monitor video from the more than 3,000 doorbell cameras now installed in homes across the City.

Driving economic growth
Our City tracks real-time pedestrian and vehicular traffic data in downtown areas. Retail businesses can use this to determine when they should be open and can improve marketing and sales strategies. With our sensors, we can even tell them how long visitors stop in front of their windows. Free Public wi-fi has helped drum up business as well.

For our ability to leverage data and technology to improve our city services, Coral Gables recently won first place in the 2018 Digital Cities Survey among cities with less than 75,000 residents. This is a recognition of a city’s performance and innovation in using technology to align with city goals; promote citizen inclusion in important government processes; share government data with the public; proactively address citizen expectations; boost cybersecurity and increase efficiency.

The National Institute of Science and Technology (NIST) included and highlighted Coral Gables’ smart city initiatives in its Global City Teams Challenge (GCTC), a collaborative platform enabling local governments, nonprofit organizations, academic institutions, technologists and corporations from all over the world to form project teams to work on groundbreaking Internet of Things (IoT) and Cyber-Physical Systems (CPS) applications to benefit cities and communities.

Coral Gables’ IT department placed third in the American Society for Quality (ASQ)’s International Team Excellence Awards (ITEA). Our team was invited by ASQ to present our I.T. six sigma black belt project at the 2019 World Conference on Quality and Improvement (WCQI) as part of the ITEA case studies exhibition.

Coral Gables was selected as one of 35 Champion Cities nationwide in the 2018 Bloomberg Philanthropies’ Mayor Challenge, a competition designed to help city leaders think big, be bold and uncover inventive ideas that tackle today’s toughest problems.

The City has been recognized by the South Florida Hispanic Chamber of Commerce and the Department of Energy SolSmart Program as a municipal leader in sustainability and resiliency.

Electric Vehicles and Alternative Transportation
The City currently has the largest municipal electric vehicle fleet (53 electric vehicles) in the State of Florida. Currently 10% of the City’s total fleet is electric which puts the City near the top of the list of electric fleets in the nation. The City has also installed 16 public/private charging stations throughout the City and is just getting started. The City has a goal of 78 electric vehicles and 28 charging stations by 2021. Alternative transportation is also a top priority in the City. Currently, the City has over 10 miles of bike lanes with plans to increase to over 35 miles. The City also provides free bike racks to businesses. The City offers a free trolley service in downtown that has over 1.2 million riders per year. The City has also implemented pilot program for electric scooters and implemented a Freebie service that had over 60,000 riders in its first year. The City is working hard at connecting the first and last mile of transit. Green Space
The city has over 295 acres of parks and is continuing to purchase additional green space to be converted into community parks in different areas of the City. Coral Gables has an extensive Tree Canopy of over 38,000 trees in the public right-of-way and has been Tree City USA for the past 34 years.

Waste Reduction/Recycling
Coral Gables was the first city in the Florida to ban single-use plastic bags in 2017. In addition, the city has also banned expanded polystyrene “Styrofoam” (2016) and prohibits single use plastic straws (2019). The City of Coral Gables is also encouraging local businesses to “Skip the Straw.” In addition, the City has held 9 household hazardous waste collection events since 2016 (twice a year in April and November) that have collected over 160,000 pounds of household hazardous waste and electronic waste has been recycled and diverted from the landfill. In addition, the city was the first in Miami-Dade to partner with Covanta Dade Renewable Energy to establish a prescription drug disposal program. Since the program began, the City has collected/disposed of over 500 pounds of prescription drugs at Public Safety Building that historically would have gone either to landfills or flushed down the toilet.

Green Business
In partnership with the Coral Gables Chamber of Commerce, the City launched a Green Business Certification Program on Earth Day in April 2019. The goal of the program is to recognize and reward local businesses for all of their significant sustainability efforts and accomplishments. In addition, the program aims to educate businesses on additional sustainability initiatives they can implement. The application includes over 75 actions businesses can take to make it more sustainable.

Resiliency
Coral Gables is focused on resiliency and dealing with the future potential sea level and climate impacts. To help plan, the City has developed LIDAR elevation maps, authored a White Paper titled Adaptation Strategies: Legal Considerations, and conducted a vulnerability assessment looking at it’s critical infrastructure in relation to future sea-level projections. The City has also partnered with FIU to do a tidal/sediment gauge study. Since 2017 the City Commission allocated $4.3 million to a sea level mitigation fund (infrastructure reserve) which will be used to help fund future adaptation and mitigation efforts. The goal is to set aside a sum of $100 million by 2040.

In celebration of World Standards Day, the Institute of Electrical and Electronics Engineers (IEEE) Standards Association held a contest in 2017 exploring how standards are helping to create the smart city of today and tomorrow. Coral Gables’ winning submission centered around our city’s robust network and system infrastructure based on engineering standards and best practices that enable residents and first responders to stay connected even when Mother Nature strikes hardest.

Coral Gables is working hard to harness technology in the service of our City, and we welcome your input. Please contact us at www.coralgables.com/contact-us to share your ideas. 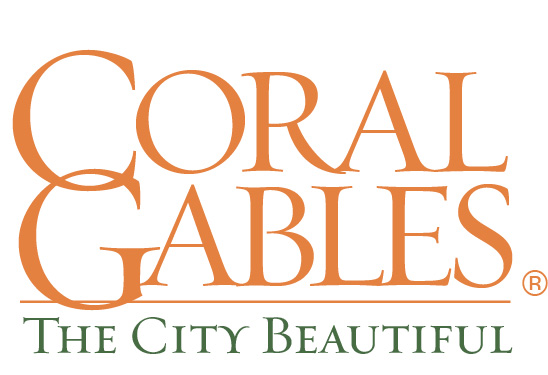