Located at the meeting point of three rivers, three cultures, and two languages, Ottawa truly represents the best of Canada. It has distinguished itself historically as an early centre of trade and settlement for the Algonquin-Anishinabe Nation, an active site for a prolific lumber industry which propelled the local economy in the nineteenth century, a seat of central government, as well as a leading Canadian hub for cutting-edge research, healthcare, higher learning, life sciences, aerospace, defense, and security in addition to becoming an important node for digital media, and film & television production.

Other smart applications are increasingly present in Ottawa’s ecosystem, like those which move the City’s ultramodern and eco-friendly O-Train on the Confederation Line. Canada’s capital is also proving to be an incubator for disrupters who are emerging from local start-ups and established enterprises to revolutionize the business technology landscape and other sectors of Ottawa’s economy with their innovations.

In step with the technological changes, Ottawa’s skyline has experienced exponential growth and transformation with majestic heritage landmarks neighboring leading-edge architecture incorporating state-of-the-art design and innovative green features. The future Ottawa Public Library – Library and Archives Canada Joint Facility is one such iconic project which will redefine and rejuvenate the neighbourhood of Centretown West.

The national capital’s reputation for inspiring innovation also serves to bolster the city’s profile as an increasingly popular international tourism destination with novel attractions like the world’s first interprovincial zip line, 120 feet above the Ottawa River, opening this summer.

Ottawa is home to the second highest concentration of scientists and engineers in North America, and the most tech talent in Canada, which positions our city as a globally recognized talent pool drawing innovators and thought leaders to our community, who are also attracted by Ottawa’s exceptional quality of living and image as a smart city open for business with valuable supports from organizations like Invest Ottawa and the Innovation Centre at Bayview Yards.

The inaugural edition of INNOVATE Ottawa brilliantly illustrates the enterprising people and organizations shaping the future of Canada’s capital, and I invite you to discover them through this novel publication. Innovation means creating positive economic development, new jobs, dreaming about industries we thought never we had a chance of attracting and attracting them, and it means technology that can be used for the betterment of society. If we’re not changing with the times, then we’re falling back to a point where we just can’t compete internationally.

My philosophy is that Ottawa is here to roll out the red carpet and not the red tape. We ask, What can we do to make your life as an entrepreneur and an innovator easier? As an example: we were the first city in North America to live-test an autonomous vehicle on a city street, working with BlackBerry and Ford to convert our traffic-control system to be compatible with the vehicle. This is in addition to our 17-kilometer autonomous-vehicle track that allows companies to test self-driving cars—especially in wintery conditions.

As the world shrinks because of technology and communication, people now can hang their hats anywhere they want. Companies are anxious to hire the best and the brightest and so are more open to their employees living where they choose. I think one of the reasons people choose Ottawa is its quality of life, its great school systems, and its safety. We’re also focused on cleantech; our power is hydroelectric and we haven’t had a smog day in fifteen years.

Independent surveys and publications often rank our quality of life as No. 1 in the country. We have a low unemployment rate (currently 4.2%) and 80% of Ottawa is considered green space, agriculture, or forestry. We’re larger than Calgary, Edmonton, Montreal, Toronto, and Vancouver; each of those cities could fit inside our footprint with room left over.

(I had our planning staff create a map to prove it.) We have more PhDs, scientists, and engineers per capita than other Canadian cities, and we’re second only, in this regard, to Silicon Valley if the boundary is North America. Our job is really to welcome opportunities to be innovative and to welcome innovators to this city.

We still face the challenge of gaining more international flight routes, but Ottawa doesn’t need those to be internationally minded. The cleantech that we’re so proud of is something we’re sharing with cities the world over—as in India, where a number of Ottawa companies are creating self-composting toilets to mitigate sewage issues in areas with little plumbing infrastructure.

We also have a great historic connection with the Netherlands. This year marks the 75th anniversary of the liberation of the Netherlands from the Nazis, and Canadian forces were the first to carry that out. The Dutch royal family had escaped to Canada and were living in Ottawa.

The queen had a child while she was here, and we passed federal regulation that designated the room the princess was born in as foreign soil so that the princess would remain a member of the royal family. This year, we’ll name a park after Princess Marguerite during our tulip festival, and she’ll come to carry out the official dedication and meet with WWII veterans who helped save her country. Every year the Dutch royal family sends Canada 20,000 tulip bulbs as a gift—and have done for 75 years.

I tell this story by way of illustrating that Ottawa, a smaller city though we may be, has always worked hard to make itself home to those who are looking for one. That is especially true today for innovators looking for a place to land.

If that’s you, my advice is to stop into Invest Ottawa at our Innovation Center—a five-minute walk from our LRT station—so you can meet with one of our specialists. We have everything from incubation space to executive mentoring programs at Invest Ottawa, and it’s the best way to really get climatized to our ecosystem here in the nation’s capital. We look forward to rolling out the red carpet for you. 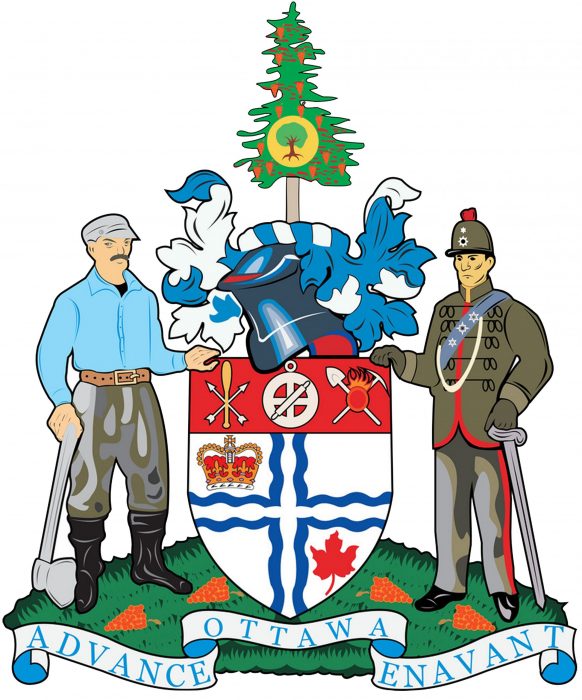 The Lowth Entrepreneurship Center – The University Of Tampa